This past year has been a kind of political awakening for me. Don’t get me wrong: I’m a registered voter and have voted in every election for years — Oregon’s vote-by-mail system makes it ever so easy — but I’ve found myself less than enthused with the choice (really, lack thereof) of candidates and the feeling that my votes really don’t count for much. Other than voting and grumbling, I’ve been a passive observer to this thing we call government, but recent events like the Arab Spring, Occupy Wall Street*, and the recession have changed my outlook and have ignited a need to participate and raise my voice in the call for change — not just regular change, but disruptive, innovative change that can only come when you reinvent the rules and the playing field, and kick out the ones who are just punting back and forth while nothing ever really gets accomplished.

I’ve been formulating my own “platform” of sorts, that lists the general principles that I think this country needs to focus on, and joking to my husband Dan that I want to run for President but only if I could be the one to make all of the decisions and strategy, while my Vice President would take care of the public appearances and state dinners and figurehead-type duties. So, in keeping with my goal (see the About Me page) of not being afraid to state my actual true feelings in public, I want to start writing about how I think things could change for the better in this country.

Recently I’ve come across a website that I’ve been exploring, called Americans Elect, that seems to reflect a bunch of other people who think similarly to me (what a relief that there are others who have issues with the status quo. It would be even more awful if no one saw a problem!). I encourage you to check it out, if only to see how your views compare with the presidential candidates and with other Americans. You’ll answer a series of questions about topics from energy to immigration, from campaign finance to health care. Hey, it’s technology actually doing something to improve our government – what a concept! (I like online gaming as much as the next person, but when there are more of us playing Farmville than trying to be active in government and try to improve our situation, there is a real problem) 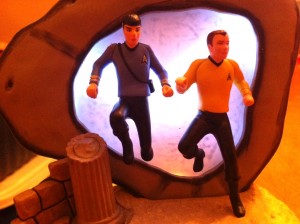 I’ll start sharing some of my views here, but for now suffice it to say that I’m for compassion, kindness, respect, responsibility, and doing the right thing.

Each one of us has a responsibility to become educated on the facts of the issues facing this country and to get active so our voices are heard by our elected officials. I’d really like to see some civil, informed debate on the issues than to hear sound bites and speeches that are phrased to appeal to the emotions of voters (and re-election). We need honest dialogue and the ability to be open-minded to ideas that may be different. Our issues are too complex to be wasting time playing games instead of solving problems and moving onto the next challenge.

Now I know what my dad meant when he said he would only be president if he could be a benevolent dictator. Get out of my way and let me make the decisions so we can get through our stack of problems — then we can move on and focus on building the next great generation.

*About Occupy Wall Street: I love the energy and determination of these folks, and they are indeed an inspiration. But I think we need to take action beyond just occupying places. We need to gather together, decide what we are in favor of, and get organized to elect like-minded people to office that we can trust to be honest, objective, and open-minded. My hat’s off to all of you OWSers, but we need to take it further.

Tonight I was updating the “About Me” page on this site, listing the various jobs that I’ve had over the years, and was reciting the list to my surprised son who had never heard of most of them. It was an interesting trip down memory lane, because I haven’t thought about some of these jobs in a very long time. It made me proud of the variety of things I’ve been able to try out, and reminded me that each of these experiences helped make me the person I am today.

Yes, I drove a forklift at a pecan packing plant as a teenager. Yes, I drove the forklift right into a stack of boxes before I got the hang of it. That was a great summer job, especially since I basically created my own job opening. You see, my dad was the farm manager back then and had arranged for me to work on the conveyor belt picking branches and leaves out of the pecans that had been picked and were ready for processing.  I was supposed to see “Oscar” on my first day, and what I didn’t know (or didn’t hear my dad tell me) was that I needed to go behind the plant where the pecans were delivered, and that was where I would find my new boss.

So instead, I appeared in the plant office on my first day asking for Oscar, who was very puzzled because he had no idea what job I was talking about. Little did I know there were TWO OSCARS, and the one out back was expecting me (and probably wonders to this day why I never showed up) while the one inside the plant just must have figured “Oh, this is the boss’ daughter and I  had better find her something to do.” Thanks to Oscar, I learned to drive a forklift, got to pack pecans in boxes for distribution, and ended up with a more interesting job that summer than my dad had originally planned.

I’m not calling this a trend until I’ve posted more than 15 times in this new year. We stopped by the sandwich shop for lunch today and took this photo of Charlie with his blue jay “Rocket”. We are fans of “Portlandia”, which happens to start its second season in a few days on the Independent Film Channel (IFC), so it was an opportune time to put a bird on it (him).

Okay, I am back. One of my resolutions for the new year is to do less thinking about doing things and more just doing things. And way more writing.

Dan and I took Charlie to a “Mad Science” event for Cub Scouts recently, where we spent the afternoon in 5-6 sessions learning about the scientific method and how to apply it. Being in that kind of learning environment really energized us, and we started thinking about ways that we could help other kids learn about science. It would be great to try and get a similar afternoon session set up at Charlie’s school. I started wondering what it would be like to teach, and whether it would be as much fun if I weren’t just teaching my own son. I remember an old saying about doing the things that give you energy, and avoiding the things that use up your energy — and I can get fired up about tapping into kids’ natural curiosity and sharing my enthusiasm for the sciences, space, math, and just overall learning.

Speaking of space, did you know that there are two new satellites orbiting the moon as of today? GRAIL-A and GRAIL-B are due to be renamed soon — NASA gave kids the opportunity to name these twin spacecraft, and I’m hoping we’ll learn the new names in the coming weeks.

There is a great simulation that anyone can explore, at http://solarsystem.nasa.gov/eyes/. You will be able to follow the GRAIL spacecraft from launch to orbit and decommissioning (crashing into the moon), and also explore the rest of the solar system and other satellites as if you were in your own craft, zooming in and learning about each stop.

I’ll try to post here at least once a week from now on, and I hope to hone some mean writing skillz and work on a short story or two. Hope you’ll join me in my journey!