The space club that I mentor for the Sonoran Science Academy was invited to participate in the Arizona STEM Expo in early May. The kids and I were excited to share our enthusiasm for space, so we built an exhibit that reflected many of the activities that we’ve done over the semester.

Many expo attendees were intrigued by the Lego model of the Mars Curiosity Rover, built by one of our 7th graders, and I lost count of the people who borrowed my solar viewing glasses for a quick observation of the sun! In fact, those glasses were so popular that I need to order a bunch more to share next time we have an event.

Thanks to Mr. Akpinar from Sonoran Science Academy for inviting us to the expo. It was great to share our love of space and science with others!

If you want to connect with NASA and other space enthusiasts, consider registering for a NASA Social. These are events organized by NASA, sometimes including a launch opportunity, where space-loving folks can get together, geek out, and most importantly, share their experiences via social media.

If you want to give this a try yourself, NASA just announced a new social event for June 30-July 1 at Vandenburg Air Force Base in California!

This new NASA Social is organized around the launch of the Orbiting Carbon Observatory-2 (OCO-2), and you can register here: http://www.nasa.gov/oco-2-nasa-social/

I’ve registered for this one already, and they’ll announce the 70 lucky participants as the date gets closer — maybe I’ll see you there!

Flashback: I was lucky enough to be selected for one in August of 2012, an opportunity to view the launch of the Radiation Belt Storm Probes mission to study the Earth’s Van Allen belts. (Blog post to come soon!) It was one of the most exciting things I’ve ever done, even if the launch was scrubbed twice and I didn’t get to stay for the eventually successful attempt.

NASA has a new window on the world in the form of a live video feed from the International Space Station as it orbits the Earth. I could seriously watch this all day. 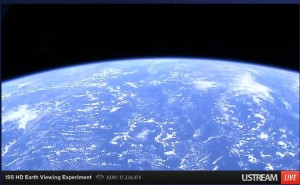 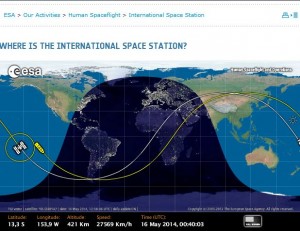 If you see a black screen, it’s because the ISS is in darkness, over the night side of Earth.

If you see a grey screen, it means that they are switching camera views or the feed from the ISS is temporarily not available.

Want to be notified when the ISS is overhead your location at night, so you can observe it tracking across the sky? Check out http://spotthestation.nasa.gov/ and give the astronauts the #ISSWave as they pass by.

I’d like to share a list of my favorite space and science links at the AZ STEM Expo this Saturday, so I will post them here for ease of reference. I’m sure I’ve missed some of your favorites, so let me know what they are and I’ll add a reader-suggested section!

Contact me here or via Twitter at @nwkmom. Looking forward to revisiting some of these very soon!

Get Social and Connect with NASA

Citizen Science – your participation is requested!

It’s ‘Thank a Teacher’ Day and I wanted to let Len Miller know how much I appreciate him and all he’s done for me and lots of others like me. He was my junior high math teacher, my chess coach, and he certainly started me on a path that helped shape the skills that I use today in my career.

Mr. Miller made math fun, and his classes were the building blocks that equipped me to take advanced math in high school (Thanks Mr. Tingle!) and gave me confidence.

More importantly, I think, are all of the experiences that I was able to be a part of while on the chess team…and the foundation of logic and critical thinking that resulted.

I was able to attend two national chess tournaments: one in junior high and one in high school, and countless others in and around the local (Tucson) area. I learned many things about chess, about teamwork, about friendship, about being underestimated by other teams because I was a girl, about enjoying the heck out of playing touch football with the boys between chess matches and devastated about not being allowed by the school to play on the junior high football team, about managing the clock while playing timed games, about studying chess openings and defending against the four-move checkmate and a never-ending endgame with only a king and a rook. I learned about Minneapolis and St. Louis even though my family didn’t have a lot of money to travel, and I saw the sights, made memories, and expanded my horizons during those trips to the nationals.

To make a long story short (too late!), chess and some early access to Apple computers in the classroom influenced me to be an early computer owner and internet user, which exposed me to massive multiplayer online gaming, which led to a job with an online gaming company as a community manager and game master, which introduced me to a computer scripting language,which gave me a little programming experience and some confidence to apply for a programming internship at a bank, which led to a full time application programming job, which eventually led to the job I have today.

So, Mr. Miller, thank you. You cared about us kids, gave us knowledge, opportunity, and encouraged us. And I know it must have taken a lot of your time, effort, and energy. I’m sure we were a handful and no doubt we took you for granted at the time. We did appreciate it. I appreciate it. I think about it often. What you did mattered, and I’m sorry it’s taken me this long to tell you.

Earlier this year I started up a Space Club for the students at the Sonoran Science Academy in Peoria, Arizona. Mentoring these kids has been a blast: they are curious, intelligent, enthusiastic, and silly — everything you want to see in a club that meets weekly on Friday afternoons (yes, Fridays!).

We only have one more club meeting before the end of the school year, and we’ve been invited to participate in the AZ STEM Expo this Saturday, May 10th, so we get to share our love of space with all of the attendees!

Some of our space club activities have included:

Looking back at that list, we accomplished quite a lot in a few months!

I have to include a major “thank you” to Jennifer Cheesman, a local elementary school teacher and fellow “spacetweep”. She shared her supplies with us, enabling us to launch stomp rockets and fizzy rockets. We had a lot of fun!